Being the market leader in the mobile advertising segment in Austria, YOC generates most programmatic revenues via direct deals. The potential for the automated trade is clear: A revenue share in the double-digit percentage range and further growing interest point to rapid growth in this sector in 2017. “Aside from the standard formats we are facing in particular a great demand from our advertising clients for individual solutions, which we realise with creative rich media products such as YOC Mystery Ad® or YOC Understitial Ad®. Ever since we have also employed these formats programmatically, the interest in mobile programmatic has multiplied”, says Maximilian Pruscha, Managing Director YOC CEE Austria. 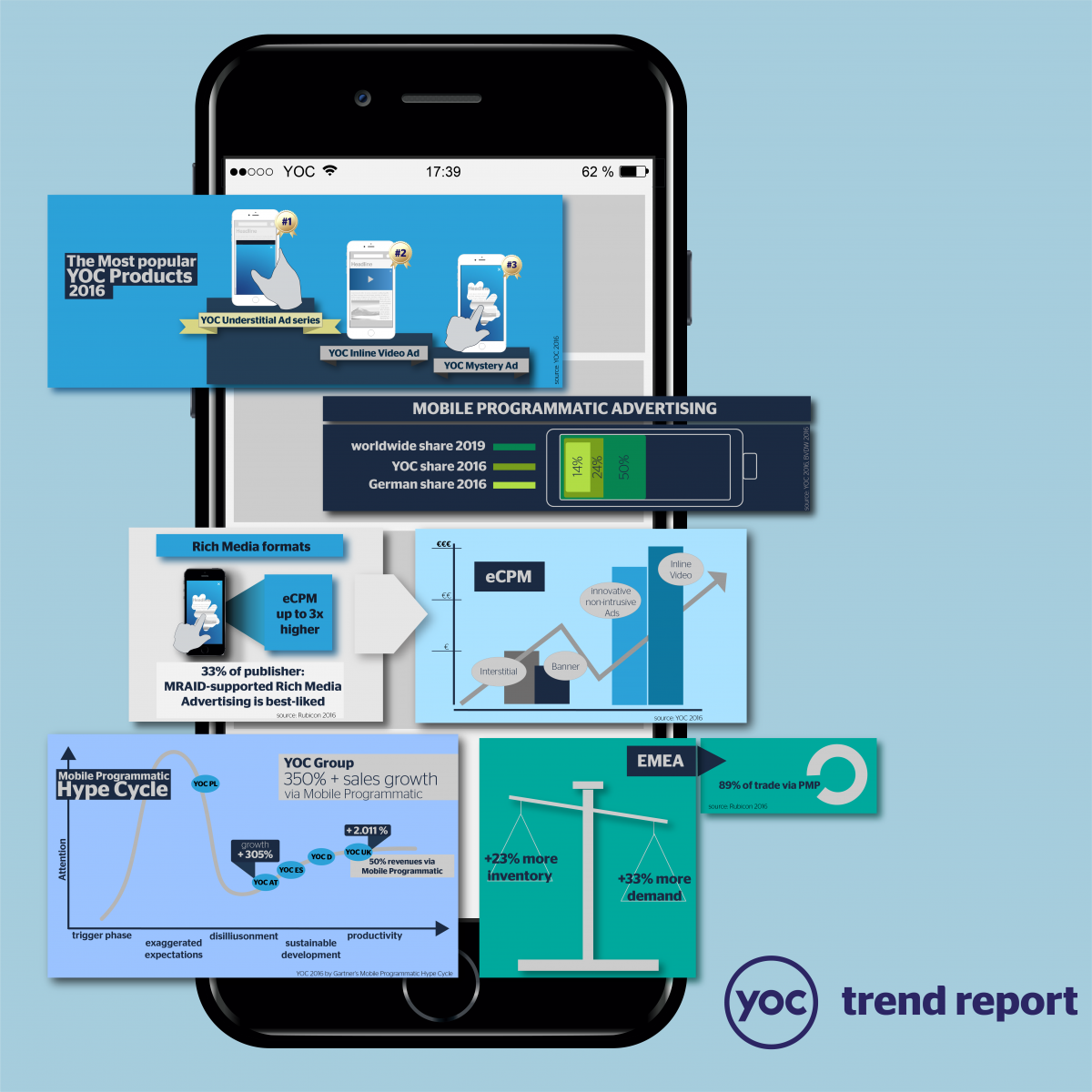 Back to Resources
scroll down scroll up